100 years since the birth of Austria 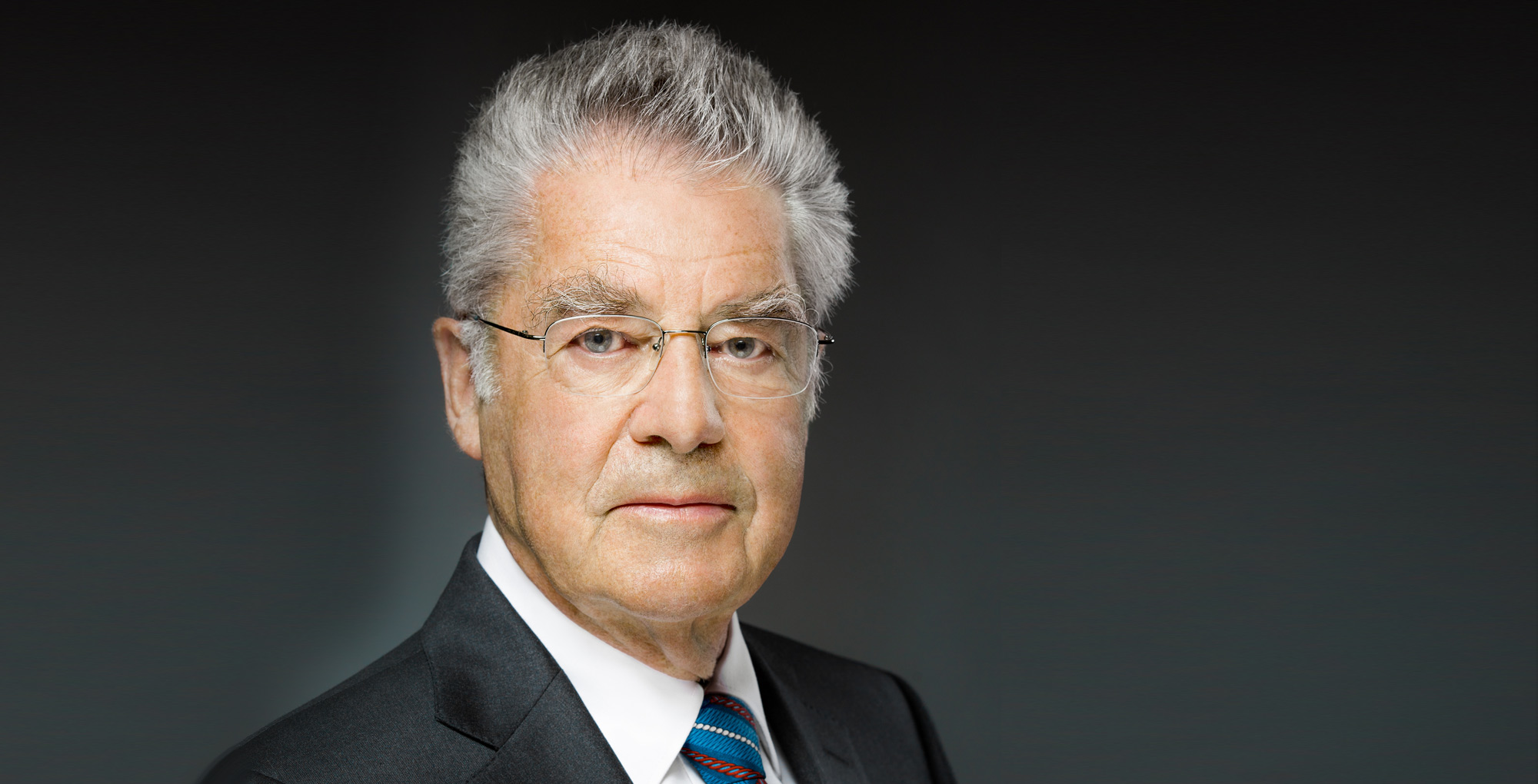 Posted at 11:31h in interview, investment by admin

Dr. Heinz Fischer, Chairman of the Advisory Council for the Commemorative Year 2018 and former President of the country, highlights the importance of commemorating historic events, and paints an alarming picture of the state of the EU

The birth of the Republic of Austria in November 1918 marked a turning point. It was not only the change from monarchy to republic and from aristocracy to fully-fledged democracy, but it also reinvented European geography. The Austrian/Hungarian monarchy, which controlled 200,000 square miles and almost 50 million inhabitants under its capital Vienna, became several nation states. Austria was reduced to 32 thousand square miles with 7 million inhabitants.
The annexation of Austria by Nazi Germany in March 1938 introduced not only Nazi ideology and dictatorship, but also wiped Austria from the map of Europe. The end of World War II gave Austria a second chance, which it used to build up a pluralistic democratic country and a stable political system supporting European integration. These historic dates encourage us to learn from the past by highlighting the differences between the First Republic (before the Nazi occupation) and the Second Republic (after 1945).

We are currently hearing intense discussion about the policies of Austria and how strong the influence of rightist tendencies will be against the ideas of liberal democracies, European cooperation and a strengthened European Union.

Given the multiple political issues that are dividing nations inside and outside their own borders, is the EU as we know and imagine it at risk?

Ten years ago, the answer would have been no; today I am more cautious, even skeptical. The European Union is becoming weaker and is now under growing pressure for several reasons. The poison of nationalism is coming back and gaining influence in Europe, similar to the America First policy in the United States. Some of the former communist countries in Europe—which are now members of the European Union—are run by leaders with strange and problematic interpretations of the meaning of democracy and European cooperation. It is shocking to be told that they have suffered enough under pressures from Moscow, and that they do not want pressures from Brussels now. Such thinking makes it obvious they do not understand the meaning and rules of European cooperation.
At the same time, traditional pro-European political parties (both social democrats and Christian democratic parties) and philosophies in Western Europe—the driving forces in building a united Europe—are losing support and influence.

What investment opportunities exist for the international community?

Austria has seen three successive years of higher-than-predicted growth, and leading indicators still point to favorable cyclical conditions until the end of 2018. Recent projections for the year as a whole calculate an increase in gross domestic product of 2.7 percent. Domestic demand remains the main driver, with a rise in private spending resulting from labor market developments and increasing wages. Austria is a small and open economy, and external trade plays an important role in growth, jobs and prosperity. 60,000 businesses in Austria export goods and services with a value of $226 billion to more than 200
countries. This equals $25,600 per capita or $85,600 per employed person in the market economy. Austria ranks world seventh in exporting countries for goods and 10th in the highest exporters of services per inhabitant.

The most promising sectors in Austria for investment opportunities are life sciences and pharmaceuticals, manufacturing (especially machinery and equipment, steel, automobiles and auto parts), chemical products, electronics and electrical products, and business and personal services. There is also activity from startups in mobility, mid-tech and artificial intelligence.
Austria offers foreign companies and investors top skills, high quality, well-educated workers, high-value technology, up-to-date infrastructure, and proximity to Central Europe. In addition, political and social stability are good, and investors can rely on an effective legal system, which is crucial to business. For foreign direct investments, Austria has become one of the top investors in Central Europe.